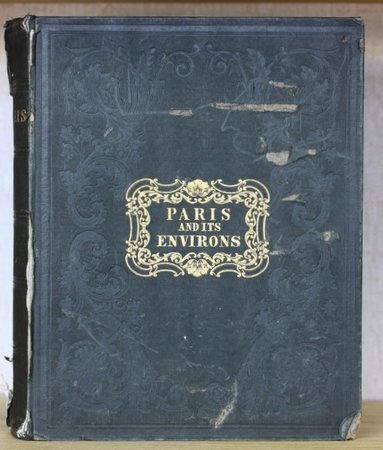 PARIS and its Environs, displayed in a series of two hundred and four picturesque views, for Original drawings, taken under the supervision of A. Pugin, Esq., the engravings executed under the superintendence of Mr. Charles Heath, with topographical descriptions in English and French. Two volumes in one.

London: Jennings and Chaplin, No date [Inscribed 1877]. Original cloth gilt. Quarto. All edges gilt. Binding worn: splitting at spine and corners and generally shabby; contents, however, but for the tissue guards which are browned, and the occasional spot of foxing, clean.