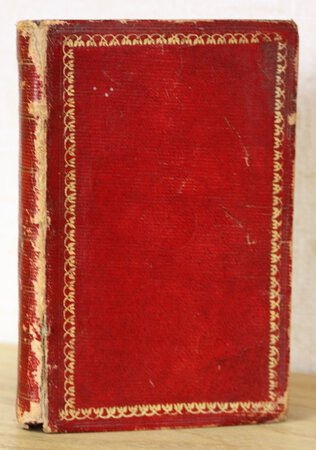 Oxonii: Excudebat Guilielmus Turner, Impensis Guilielmi Webb, 1639. [12], 331 pages. text alternate page of Latin and Greek. Later binding, possibly late 18th or early nineteenth century, full untitled red, roan. Binding: 14.5 x 9.8 cm. Binding worn at splitting at bottom of upper joint, but firm; else a very good copy. John Jewel was an English Bishop who published his Apology of the Church of England in 1562 during the reign of Queen Elizabeth I. It was the first methodical statement of the position of the Church of England against the Church of Rome, and forms the groundwork of all subsequent controversy. The work was translated into English to reach a wider audience and was a significant step in the intellectual justification of Protestantism in England.