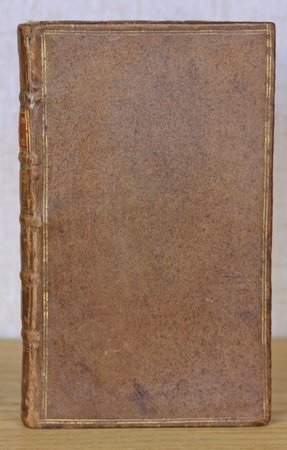 VISIONS IN VERSE, for the Entertainment and Instruction of Younger Minds. The Third Edition, Revis'd and Enlarg'd.

London: Printed for R.Dodsley. and M(ary) Cooper. 1752. [iv], [1] 2-132, [8 cat'] pages. Original full calf, gilt. 12mo. Short split at spine head; browning to margins of title with light spotting; else a near fine copy.Tremendously popular in its day, the first three editions were published in the same year. The third edition is expanded by the addition of a ninth 'Vision'. A reproduction of this edition was issued by Herbert Land of Bern in 1973, sponsored by the Toronto Public Library. See Osborne 627.