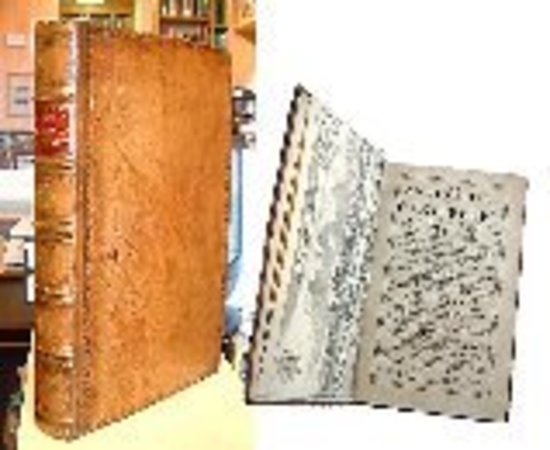 THE ANTIQUITIES OF CANTERBURY. In Two Parts. The First part. The Antiquities of Canterbury; or a Survey of that Ancient City, with the Suburbs and Cathedral, &c. Sought out and Published by the Industry and Good Will of William Somner. The Second edition, Revised and Enlarged by Nicolas Battely, M.A.

London.R. Knaplock. 1703. Also Mr. Somner's Discourse called Chartham-Mews: or a Relation of some Strange Bones found at Chartham in Kent. To which are added some Observations concerning the Roman Antiquities of Canterbury. And a preface, giving an Account of the Works and remains of the learned Antiquary Mr. Willima Somner, by N.B. The Second part. Cantuaria Sacra: or the Antiquities I. Of the cathedral and metropolitian Church. II. Of the Archbishoprick. III. Of the late Priory of Christ-Church; and of the present Collegiate Church, founded by K. Hen. VIII. With a Catalogue of all the Deans, and Canons thereof. IV. Of the Archdeaconry of Canterbury. V. Of the Monastery of St. Augustin; of the parish-Churches, Hospitals, and other religious Places, that are or have been in or near that City; Enquired into, by Nicolas Battely, Vicar of Beaksborn. Illustrated and Adorned with several Useful and Fair Sculptures. [16], 192, [3], 80, [4], [4], 178, 70, [4]pp. Illustrated with 20 engraved plates and plans etc. Contemporary full calf, gilt, expertly and finely rebacked at some time. Folio. Tiny burn hole in one leaf; occasional browning; occasional light soling; very occasional annotation in margins; else a very handsome copy, the best we have seen for some years.