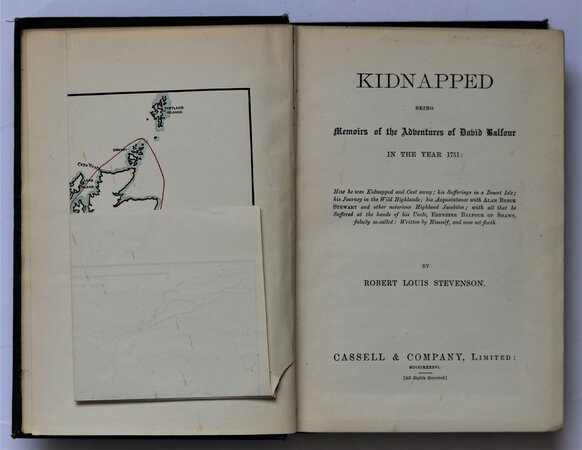 KIDNAPPED Being Memoirs of the Adventures of David Balfour in the Year 1751: How he was Kidnapped and Cast away; his Sufferings in a Desert Isle; his Journey in the Wild Highlands; his Acquaintance with Alan Breck Stewart and other notorious Highland Jacobites; with all that he Suffered at the hands of his Uncle, Ebenezer Balfour of Shaws, falsely so-called: Written by Himself, and now set forth.