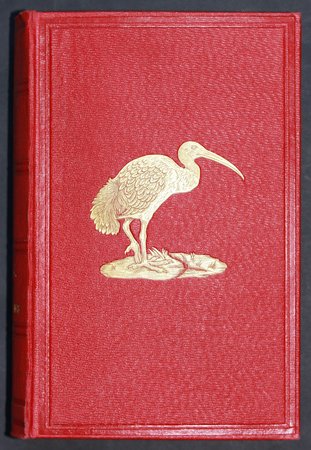 London: Published by the British Ornithologists’ Union and sold by William Wesley & Son, 1916. The four quarterly parts in their original printed wrappers loosely laid inside the original pictorial cloth octavo binding, waiting to be bound up. 685 pages, plus the title-page and xxxvi pages of prelim’s bound at the end of Part 4. 20 plates, 4 in colour, and 12 text figures.. Some sections have not been opened; some occasional spotting; else very good. Loosely laid in is a two page printed copy of the Rules of the Union, and a four page report of the annual general meeting of the Union.