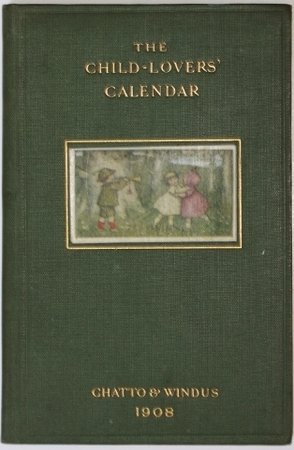 London: Chatto and Windus, 1908. With a coloured vignette on title, and with 12 coloured plates illustrating the months of the year. Original geen cloth gilt, with a coloured pictorial pastedown to the front board. 14.5 x 9.5 cm. A very good copy. Scarce. Amalie Mathilde Bauerle (12 November 1873 – 4 March 1916), known as Amelia Bauerle, was a British painter, illustrator and etcher. She was born in Bayswater, the daughter of the German artist Karl Wilhelm Bauerle. She also used the name Amelia Matilda Bowerley. She studied at the South Kensington School of Art and the Slade before travelling in Italy and Germany. She exhibited paintings at the Royal Academy from 1897 until her death, and also exhibited in Paris and America. Among her published work, which included several children’s books, she contributed illustrations to the Yellow Book.