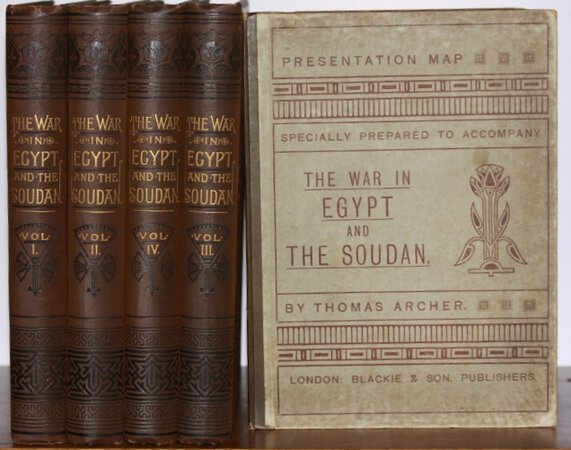 THE WAR IN EGYPT AND THE SOUDAN. An episode in the history of the British Empire; being a descriptive account of the scenes and events of that great drama. And sketches of the principal actors in it.

London: Blackie & Son, 1885. Four volumes plus one containing two folding maps. Quarto. First edition. Some light spotting; covers of the map volume rubbed and a little worn; else a very good set. The map volume is scarce and often missing.