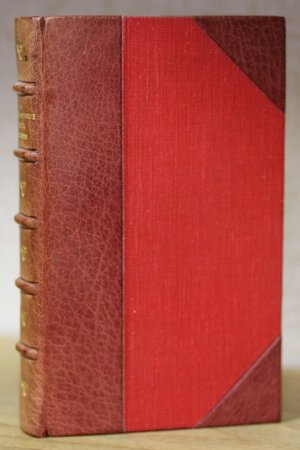 Paris: Chez A. G. Debray, Libraire, pres le Louvre, place du Museum, 1803. 289, 5 publisher’s catalogue, [12 catalogue of works issued by the firm of M. J. Godwin & Co.] pages. Illustrated with 30 full-page engravings of children at play. Recent half red morocco gilt. Top edge gilt 12mo. Some light browning and spotting; else a very copy. The 12 page Godwin catalogue at the end of the book is particularly interesting. It dates from 1822 or a little later (No later than 1825 when the firm collapsed.), just after his move from Skinner Street to St. Clements, 195, The Strand, and lists all of William Godwin’s contributions to the Juvenile Library in print at that time, as well as those of his other authors and the library’s French imports, which self-evidently included this title, though it is not listed.