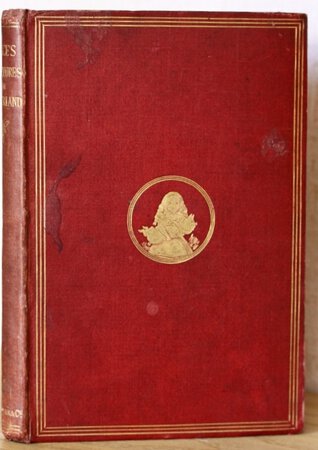 ALICE’S ADVENTURES IN WONDERLAND. With forty-two illustrations by John Tenniel.

London: Macmillan and Co, 1866. Original red pictorial cloth gilt. Light blue end-papers. All edges gilt. Second (First Published) Edition. Some foxing here & there throughout; spine repaired and a little cocked; else a very good copy. There are three ownership inscriptions on the front free endpaper, the first of which is, 'Ellen Gertrude Brewer 1865.' The first (Withdrawn) edition and the second edition are both taller than later printings. It remains uncertain how many copies of this edition were printed. The likelihood is that two thousand copies were printed, but it may have been as many as four thousand. The book was actually issued in November 1865, the same year as the first (‘Withdrawn’) edition. It is becoming increasingly rare to find copies of this printing in the original cloth, the vast majority of copies on the market having been rebound.