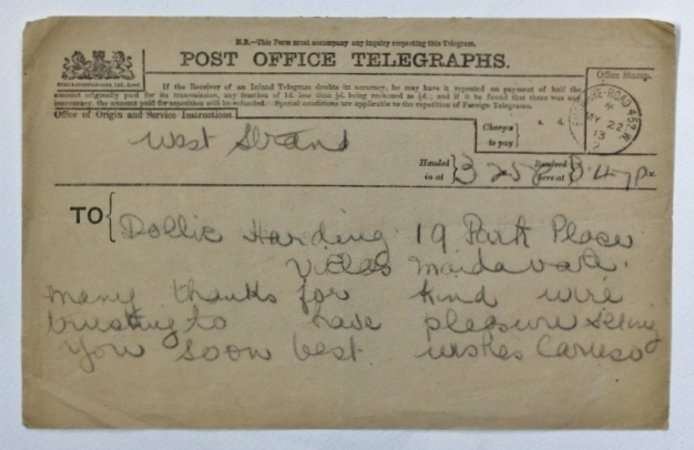 Dated May 22 1913, responding to her 'wire' and saying that he hopes to meet soon. Written in pencil, and signed Caruso. Enrico Caruso (February 25, 1873 – August 2, 1921) was an Italian tenor. He sang to great acclaim at the major opera houses of Europe and North and South America, appearing in a wide variety of roles from the Italian and French repertoires that ranged from the lyric to the dramatic.